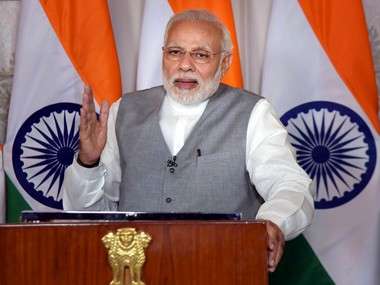 Pune:8/6/18;A letter allegedly found in the house of one of the five persons arrested for “links” with the banned CPI (Maoist) talks about the ultras mulling “another Rajiv Gandhi incident”, Pune police told a court on Friday.

A letter found in activist Rona Wilson’s house in Delhi talks about requirement of Rs 8 crore to procure M-4 rifle and four lakh rounds, and also about “another Rajiv Gandhi incident”, prosecutor Ujjwala Pawar told the court.The investigators also claimed that the communication seized from the laptop of one of the arrested persons says that “Modi has successfully established BJP government in more than 15 states… if this pace continues, then it would mean immense trouble for the Maoist party on all fronts”.

Home Minister Rajnath Singh, in response to a question relating to the recently uncovered assassination plot against the prime minister, said, “We are always concerned about our PM’s security. Maoism and extremism has now been reduced by many folds. They are just fighting a lost battle.”

“At present, the Maoist insurgency affects just 10 districts and it will end soon as has been done in the Northeast where insurgent violence has been contained and brought down by 85 percent,” Rajnath added.