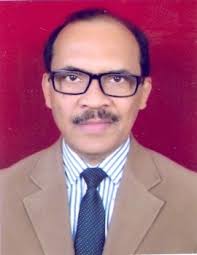 in State News June 6, 2018 Comments Off on Justice Raghubir Das will head as the chairman of the commission of inquiry for Ratna Bhandar Missing Keys 704 Views

Bhubaneswar: Justice Raghubir Das, former judge of the Orissa High Court, will head as the chairman of the commission of inquiry to probe into the missing keys of Ratna Bhandara or treasury of the Puri Jagannath temple.

The state government today made an announcement in this regard. On June 4, Chief Minister Naveen Patnaik had ordered a judicial probe into the disappearance of the keys of the 12-century Jagannath Temple’s treasury

That the keys were missing came to light when a team had gone to inspect the Ratna Bhandar for structural damages following a High Court order.

A 16-member team that entered the ‘Ratna Bhandar’ on April 4 for a scrutiny of its physical conditions, in line with the high court order, had to inspect its inner chambers from outside an iron grill with search lights as the keys were missing.