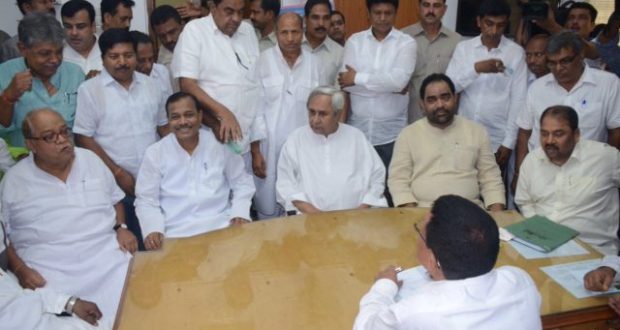 in State News June 5, 2018 Comments Off on Odisha Government to study the functioning of the Legislative Councils in other states would soon visit Andhra Pradesh and Bihar 689 Views

Bhubaneswar:5/06/18: The committee formed by the Odisha Government to study the functioning of the Legislative Councils in other states would soon visit Andhra Pradesh and Bihar for the purpose. A proposal in this regard has been approved by Chief Minister Naveen Patnaik, a release of the Chief Minister’s Office said.

The committee will submit a report after its visit to the two states. It had also visited Maharashtra and Karnataka in 2015 to learn about the way of formation and functioning of Legislative Councils.

Notably, the State Government had in 2015 formed the committee headed by Transport Minister Nrusingha Charan Sahu. It has three members from the ruling BJD– Nrusingha Charan Sahu, Pramila Mallik and Manohar Randhari; and two Opposition members Bhujabal Majhi and Nitesh Gangdev of the Congress and BJP, respectively.

With the development, possibility of formation of a Legislative Council in Odisha has gained momentum.