Top Headlines
Home » State News » Total of 17, 45, 334 houses have been constructed under the Gramin Awaas Yojana 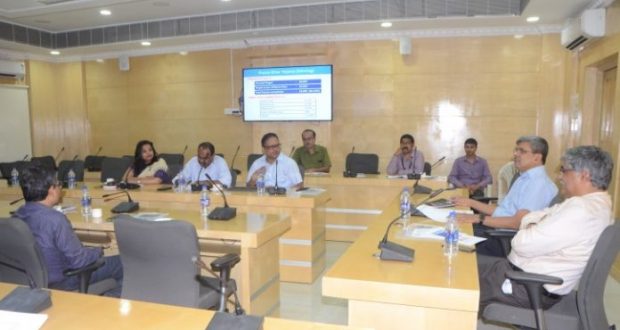 Total of 17, 45, 334 houses have been constructed under the Gramin Awaas Yojana

Bhubaneswar:2/06/18: A total of 17, 45, 334 houses have been constructed under the Gramin Awaas Yojana till May this year, said chief secretary Aditya Prasad Padhi at the state level inspection committee meeting held at state secretariat here on Saturday.

During the meeting, panchayati raj principal secretary Deoranjan Kumar Singh apprised the chief secretary about the financial and management related aspects under the rural housing scheme.

Reviewing the progress of the scheme, the chief secretary directed the officials concerned to ensure that construction work of houses is not affected during monsoon season.

The chief secretary also instructed the officials to include more poor landless families under the schemes so that they get houses without hassle.

At the meeting, it was highlighted that target has been set to construct as many as 13 lakh houses within the next two years.

2018-06-02
Editor in chief
Previous: BJP leaders are frequently changing their stand on Mahanadi in an effort to defend themselves:BJD
Next: “Skilled in Odisha” mission entered into its 2nd phase of Transformation