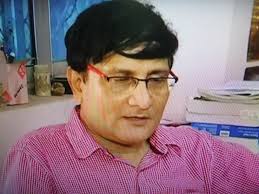 SAT served a show-cause notice to the Odisha government on the recent suspension of Deba Prasad Dash.

in State News June 2, 2018 Comments Off on SAT served a show-cause notice to the Odisha government on the recent suspension of Deba Prasad Dash. 962 Views

The tribunal also sought the disciplinary file which resulted in the suspension of Dash on Monday as a part of the departmental disciplinary action.

During the period of suspension, Dash has been asked by the General Administration (GA) department to stay in his headquarters, Cuttack. The directive further stated that Dash cannot leave the headquarters without the permission of Revenue Divisional Commissioner (RDC) Central.

The next hearing of the case has been posted to the last week of June, said Das’s counsel Pitambar Acharya.

Notably, Das was allegedly suspended without any reason. Dash was working as a joint secretary at the Department of Social Security and Empowerment of Persons with Disabilities (SSEPD) when he was suspended.

After his suspension, Das told media that there is undue influence of non-Odia officers in the state.

2018-06-02
Editor in chief
Previous: Rs 94,016 Crore of total gross GST revenue collected in May2018
Next: State-level tribal sports competition which began on May 30 concluded on 1st June