Top Headlines
Home » State News » BJP leaders are frequently changing their stand on Mahanadi in an effort to defend themselves:BJD 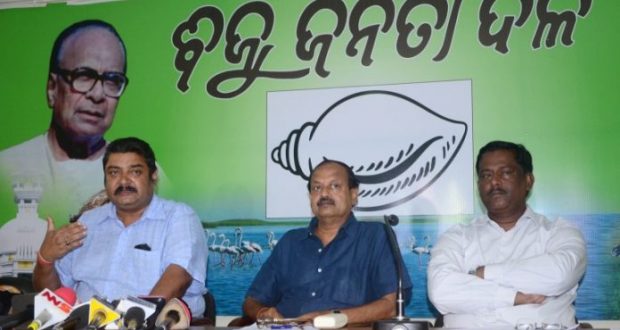 BJP leaders are frequently changing their stand on Mahanadi in an effort to defend themselves:BJD

in State News June 2, 2018 Comments Off on BJP leaders are frequently changing their stand on Mahanadi in an effort to defend themselves:BJD 565 Views

Bhubaneswar:2/06/18: The ruling BJD on Saturday said frequent change of opinion by the state BJP leaders on Mahanadi issue speak volume of their double standards.

“To divert the attention of the people, the BJP leaders are frequently changing their stand on Mahanadi in an effort to defend themselves. We have decided to begin third Mahanadi Surakshya Yatra and will announce the schedule very soon,” Mishra said.

2018-06-02
Editor in chief
Previous: Odisha unit of Congress has urged the residents of Bhubaneswar and Cuttack cities not to use their vehicles on June 4
Next: Total of 17, 45, 334 houses have been constructed under the Gramin Awaas Yojana