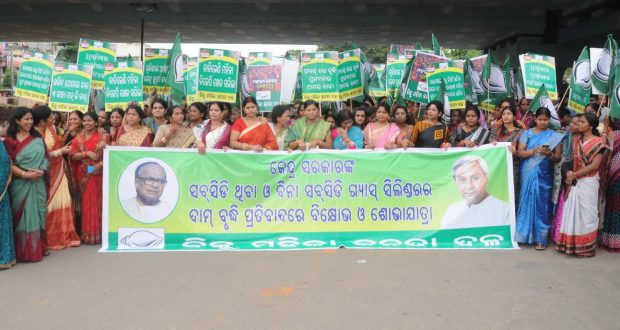 Criticising the Centre for raising the price of both subsidised and non-subsidised LPG cylinders, BJD Mahila Morcha president Pramila Mallick said, “The women folk have been hit hard with the unexpected price rise. After the continuous hike in petrol and diesel prices, the Narendra Modi-led Central Government has targeted the cooking gas. We strongly condemn such move of the Centre.”

The party will continue its protest till the price hike is not rolled back, Mallick added.

The prices of LPG were increased by Rs 2.34 and Rs 48 for subsidised and non-subsidised cylinders respectively.