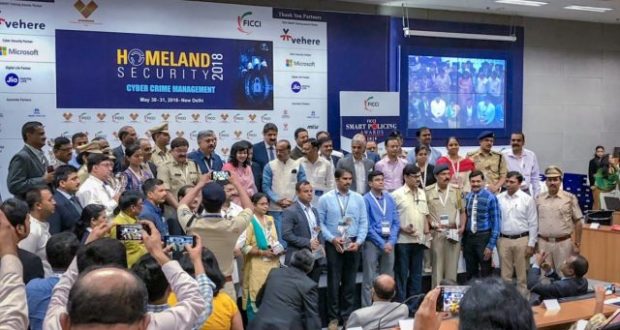 in National May 31, 2018 Comments Off on Odisha Police won the special jury award for Community Policing at the FICCI Smart Policing Awards-2018 1,318 Views

IPS officer Sarah Sharma received the award on the behalf of the state police from Vijay Goel, Minister of State for Parliamentary Affairs and Statistics and Programme Implementation

“This achievement is a result of series of programmes by the Odisha Police like ‘Pari Pain Katha Tiye’ and other initiatives for marginalised sections of the society and for women empowerment,” said Sharma after receiving the award.

Notably, the Odisha Police had won the FICCI Smart Policing Award for Senior Citizens’ Security and Women Safety in the year 2016.

Worth mentioning, FICCI SMART Policing Awards were instituted in 2016 to recognise and propagate best practices in policing in India. The awards showcase initiatives taken by the police across the country for the safety and security of citizens. The objective is to change the public perception and build a positive and progressive image of the police forces.