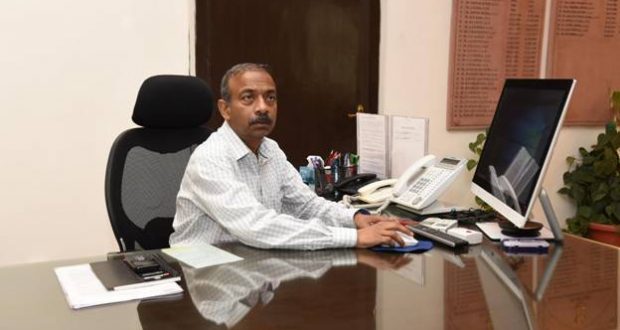 in National May 31, 2018 Comments Off on Amit Khare assumes charge as Secretary I&B 796 Views

Newdelhi:31/5/18; Amit Khare, IAS (Jharkhand: 1985) today assumed charge as Secretary in the Ministry of Information & Broadcasting on superannuation of  Narendra Kumar Sinha, IAS. Prior to his appointment, Shri Khare was Additional Chief Secretary, Government of Jharkhand.

During a career span of more than 33 years, Shri Khare has held various field postings and has worked from grassroots to the higher levels of governance in both State and Central Governments.  Prior to being Additional Chief Secretary, Government of Jharkhand Shri Khare served as Principal Secretary, Finance & Planning Department, Government of Jharkhand. He has served as Member Secretary in the Department of Pharmaceuticals, Ministry of Chemicals & Fertilizers, Government of India and Joint Secretary to the Government of India in the Department of Higher Education, Ministry of Human Resource Development.Shri Khare also interacted with the senior officers of Ministry of Information & Broadcasting and he emphasized on collaborative effort in taking the initiatives of the Ministry forward. 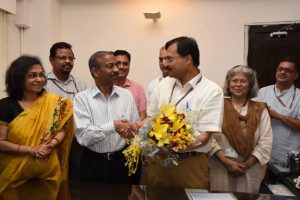 He has taken many lectures and participated in innumerable workshops, symposiums and public functions to connect with experts, stakeholders and general public to explain them government schemes, elicit their response on various government policies and social issues. He has travelled widely within the country as well as abroad and has been part of many government delegations during national and international meetings, negotiations and events as a senior member.

Shri Khare is an MBA from IIM, Ahmedabad. He also has an Certificate in Public Administration from Syracuse University, USA.