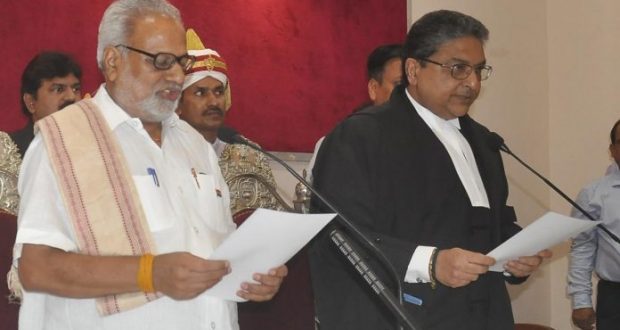 in State News May 29, 2018 Comments Off on Professor Ganeshi Lal was sworn-in as the new Governor of Odisha 1,258 Views

Bhubaneswar:29/5/18: Professor Ganeshi Lal was sworn-in as the new Governor of Odisha on Tuesday.

Chief Justice of Orissa High Court Vineet Saran administered the oath of office and secrecy to Lal at a ceremony at Raj Bhawan here.

Earlier this morning, the Governor had offered prayers at Puri Jagannath Temple ahead of taking oath as the Governor of Odisha. 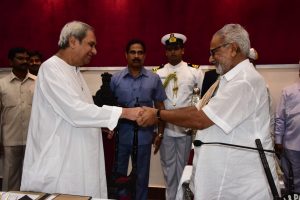 Ganeshi Lal was welcomed at the Biju Patnaik International Airport in Bhubaneswar by Chief Minister Naveen Patnaik on Monday. He was given a Guard of Honour after his arrival around 1:30 pm.

President Ram Nath Kovind had appointed Lal as the new Governor of Odisha on May 25.

Ganeshi Lal was the BJP Haryana Unit state president. He was also the BJP MLA from Sirsa and Food and Supplies Minister in the Haryana Government.

Bihar Governor Satya Pal Malik was given the additional charge of Odisha after completion of the five-year tenure of SC Jamir on March 21.