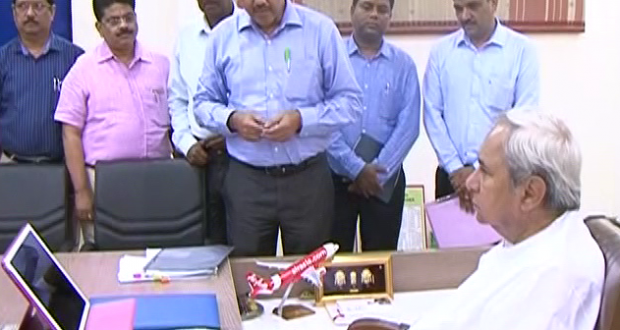 in State News May 29, 2018 Comments Off on IAS Officers’ Body Decries Protesting the act of Union Petroleum and Natural Gas Minister 617 Views

Bhubaneswar:29/518; Protesting the act of Union Petroleum and Natural Gas Minister Dharmendra Pradhan who taunted a senior bureaucrat at a function on Monday, the Odisha IAS Officers’ Association submitted a memorandum to the Chief Minister on Tuesday.

Hinting at the IT secretary Ashok Meena, the Union minister, in his address during the inauguration of National Data Centre in Bhubaneswar on Monday, had said “No work can be done without the State Government. But that does not mean the name of a person will be replaced by the name of another person in the digital media. Meena Sahib, don’t do this.”

Talking to media persons after the meeting, Association secretary Vishal Dev said the instances of senior ministers personally targeting the bureaucrats in the country have come to the notice recently which will have a demoralising effect on the officers.

“We have registered a protest with the Chief Minister and requested him to urgently intervene in the matter and take it up at the appropriate level to ensure that such incidents will not be repeated in future,” he added.