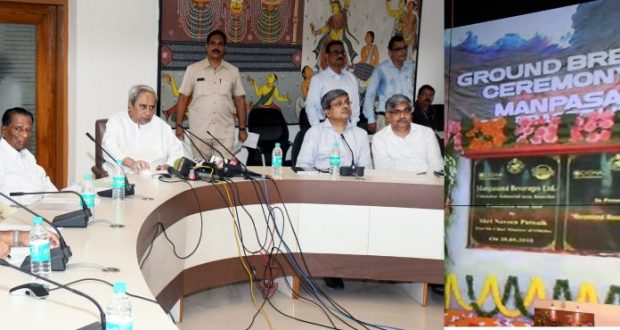 Bhubaneswar:28/5/18; Chief Minister Naveen Patnaik on Monday said Odisha is the number one state in the country in terms of Investment Implementation Rate.

Patnaik said two of the projects for which the ground-breaking ceremony was organised on November 16, 2017, were inaugurated on Monday and would go into production in about six months time.  It is a remarkable achievement of the State Government in terms of investment implementation rate, he added.

“Odisha has a vision of becoming the most preferred investment destination in the country. Towards that end, we have devised the Odisha Industrial Development Plan Vision 2025 to set up more manufacturing industries in focus sectors with an investment of Rs 2.5 lakh crore, generating employment for 30 lakh people,” the Chief Minister pointed out.

Expressing happiness over the significant business reforms brought in by the State Government to assist the industries to set up and operate in a conductive and investor-friendly environment, Patnaik said the Industries Department has leveraged the 3Ts framework of Transparency, Teamwork and Technology to develop the GO SWIFT portal, which is first-of-its-kind in the country, providing facilitation to industries across the investment lifecycle.

The Make in Odisha Conclave 2018 will be organised between November 11 and 15 this year, informed the CM. He also called on all the government departments to come together and make this year’s conclave a grand success.