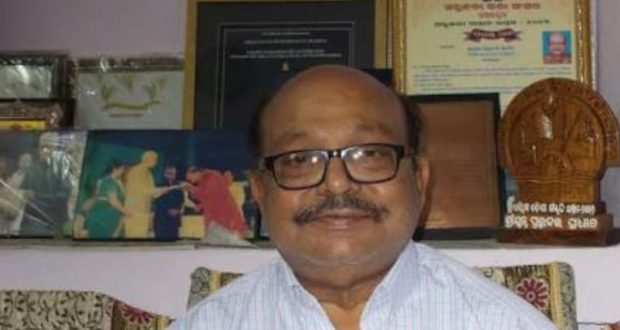 in Odia Cinema May 28, 2018 Comments Off on Music composer of the cult Sambalpuri song ‘Rangabati’ Prabhudatta Pradhan passed away 1,630 Views

Sambalpur:28/5/189; The music composer of the cult Sambalpuri song ‘Rangabati’, Prabhudatta Pradhan passed away in the early hours of Monday. He was 75.

He breathed his last around 4 am at his residence on Sambalpur Road.

Born in 1943 during the pre-independence era of India into a family, which had converted to Christianity three generations back, Prabhudatta started learning music under the tutelage of his father as early as at the age of three years.

He was influenced by his father late Pravas Chandra Pradhan to sing bhajans or Hindu religious songs at home. He studied up to Matriculation.

Later, he went to Benaras in Uttar Pradesh to learn tabla from Pandit Jadunath Supkar.

Prabhudatta had also joined the All India Radio (AIR), Sambalpur station as an instrumentalist in the year 1969.

The ‘Rangabati’ song which earned him fame in 1975, was written by Mitrabhanu Gountia and sung by Jitendra Haripal and Krishna Patel.