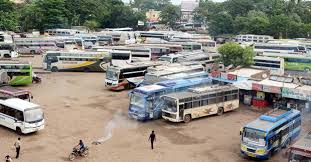 in State News May 28, 2018 Comments Off on Bus owners’ association increased the fares for all categories of passenger Buses 618 Views

Bhubaneswar:28/5/18; Commuters will now have to cough up more for bus travels in the state as the bus owners’ association on Monday increased the fares for all categories of passenger buses in view of rising prices of diesel and petrol.