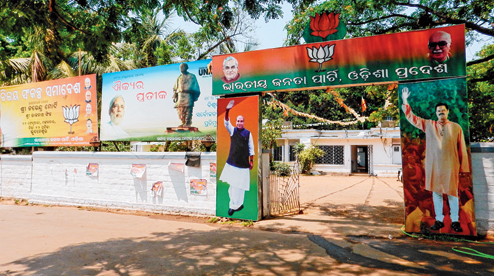 in Smartcity Bhubaneswar May 26, 2018 Comments Off on Two persons were arrested for allegedly hurling bombs on the state BJP Office 1,206 Views

No casualties were reported in the incident. The identities of the arrested persons were not immediately ascertained.

The incident coincided with the visit of Prime Minister Narendra Modi to the state. Modi addressed a public gathering at Bali Yatra Ground on the bank of river Mahanadi in Cuttack on completion of four years of the BJP-led government at the Centre.

According to sources, the two miscreants allegedly tried to enter the BJP party office. When the security guard deployed there tried to stop them, they picked a quarrel with him. Later, they hurled the bombs on the office and fled the spot.

The security guard confirmed that two bombs were hurled at the party office. Later, Kharvel Nagar police arrested the accused duo and recovered remains of the bombs from the spot.

The police rushed to the spot and began a probe into the matter. However, they were yet to ascertain the identity of the accused and the motive behind the bomb hurling. 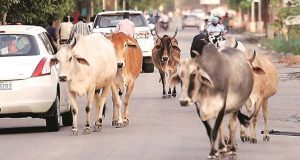