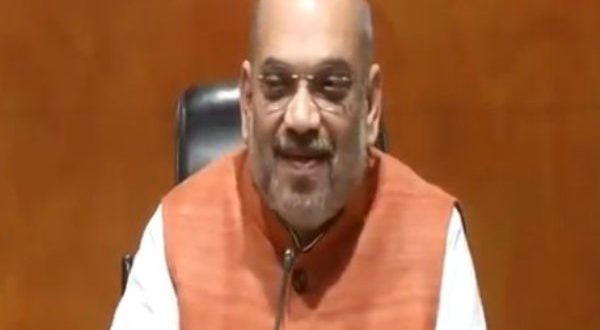 in National May 26, 2018 Comments Off on Amit Shah clears rumours over Modi contesting LS polls from Odisha 967 Views

New Delhi:26/5/18; Putting into rest the speculations over Prime Minister Narendra Modi contesting Lok Sabha elections from Odisha, BJP National president Amit Shah today denied it saying that nothing has been decided yet.

“It is yet to be decided who will contest Lok Sabha polls from which constituency,” Shah said in a reply to a question at press conference in New Delhi.

t is the custom of BJP to present report card before people every year. Even I am addressing press conference every year and PM is also addressing public rally every year. On completion of four years of the BJP government at Centre, PM Modi is scheduled to address a gathering in Odisha where he will give all the accounts to people as part of party’s custom,” he said.

Modi used to visit several places as part of the programmes throughout the year. Recently, he had visited Uttar Pradesh and Jammu & Kashmir, he said over Modi’s today’s programme in Odisha.

Clearing the speculations that are making rounds that Modi will contest 2019 elections from Puri parliamentary constituency as he is scheduled to visit Odisha today to highlight the achievements of government at Centre, Shah said, “Modi had visited Jharkhand yesterday. It does not mean that he will contest polls from there.”

“Modi is very hard working and trying to reach all the districts across the country,” he added.