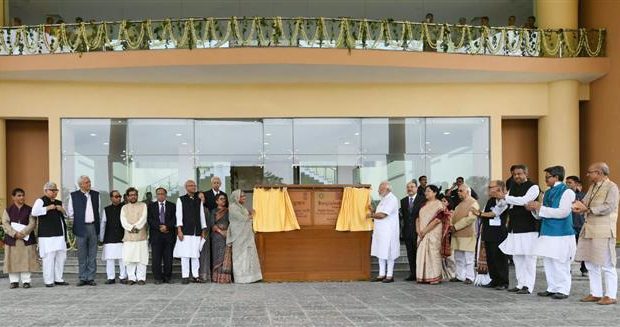 Santiniketan i(West Bengal)25/5/18;The Prime Minister, Shri Narendra Modi, today visited Santiniketan in West Bengal.
Prime Minister Modi received the Prime Minister of Bangladesh, Sheikh Hasina, at Santiniketan. Paying homage to Gurudev Rabindranath Tagore, the two leaders signed the visitors’ book. The two leaders then attended the Convocation of the Visva Bharati University.
Speaking on the occasion, the Prime Minister described India’s democratic system of governance as a great teacher, which inspires over 125 crore people. He said it was his good fortune to be among the learned people on this sacred land of Gurudev Rabindranath Tagore.
He congratulated the students who received degrees today. He said that all those who studied at this University have not just received a degree, but have also become inheritors of a great legacy. 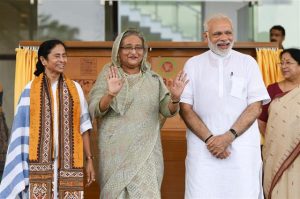