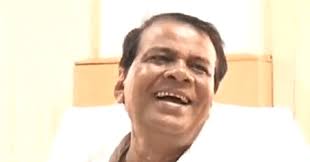 in State News May 24, 2018 Comments Off on Naveen Patnaik appointed Raghunath Mohanty as the chairman of Odisha Lift Irrigation Corporation. 676 Views

Recently, Patnaik had appointed Mohanty as the vice-president and party’s observer for Dhenkanal district.

Mohanty, who was elected five times as MLA from Basta in Balasore district, was removed from the post in March 2013 after he was arrested in connection with a dowry harassment case filed by his daughter-in-law Barsa Swony Choudhury.

In a related development, the state government has appointed Sandhyabati Pradhan as the chairperson of the State Commission for Protection of Child Rights (OSCPCR). She was appointed for a term of three years.