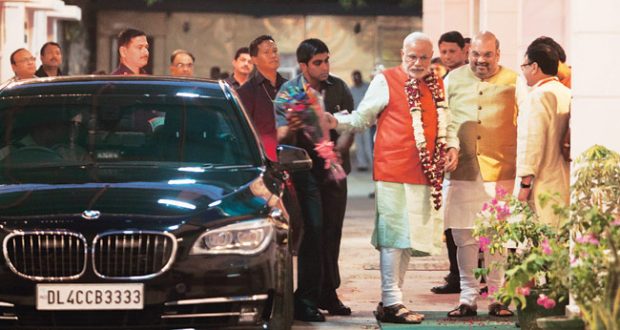 in State News May 23, 2018 Comments Off on Tight security arrangements for Prime Minister scheduled visit to Odisha 578 Views

Bhubaneswar:23/5/18: Tight security arrangements are in place for Prime Minister Narendra Modi’s scheduled visit to Odisha on May 26 to mark completion of four years of his government, officials said.

Modi is scheduled to address a public meeting at the historic Baliyatra ground to Cuttack.

Preparations for the visit of Modi were reviewed at a high-level meeting held here under the chairmanship of Chief Secretary A P Padhi yesterday, they said.

After the review meeting, Padhi told reporters that the prime minister was scheduled to arrive at the Biju Patnaik International Airport here around 3.30 pm on May 26 and then fly to Cuttack by helicopter.

Modi will leave for Delhi from Bhubaneswar after addressing the public meeting at Baliyatra, he said.

Home Secretary Asit Tripathy, who attended the review meeting, said arrangements had been made for deployment of adequate security personnel during Modi’s visit to the state.

2018-05-23
Editor in chief
Previous: MUDRA loans to help in last-mile enterprise and job creation
Next: H.D. Kumaraswamy was sworn-in as the 24th chief minister of Karnataka