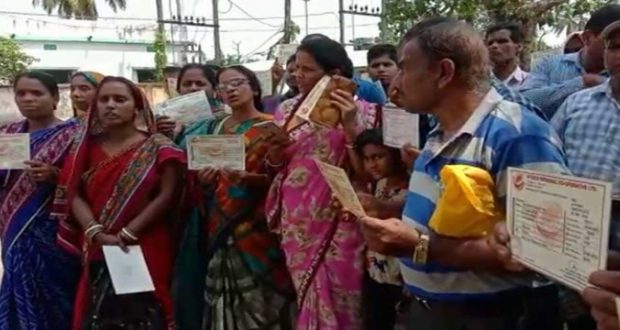 in District Diary May 23, 2018 Comments Off on Odisha Government has initiated the refund process for chit-fund scam affected people 651 Views

Balasore:23/5/18: The State Government has initiated the refund process for chit-fund scam affected people at Soro in Balasore district on Wednesday. As many as 350 small depositors have got their money back under the supervision of the District Collector.

As per the latest information, 200 depositors out of the 350 selected depositors have already received their refund in the first phase. A total amounting of Rs. 14, 48,000 has been paid to the depositors through online transfer into bank accounts of the depositors.

Earlier, the State government had set up a Rs 300-crore corpus fund in 2013 to refund affected-depositors who were duped in the multi-crore chit fund scam unearthed in the state.

The Justice MM Das Commission had submitted four interim reports to the State goverment in which it had identified 1, 16,504 small depositors.

The Finance Department Secretary directed the District Collectors to begin the process in which the small investors with deposits of less than Rs 10,000 will get the refund initially. Small depositors have been identified on basis of interim report 1 and 2 submitted by the commission to the State government.