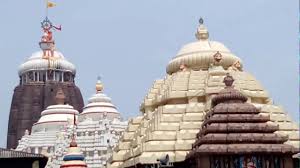 in State News May 22, 2018 Comments Off on Puri Srimandir administration has decided to install CCTVs at ‘Bhitara Katha’ 728 Views

Puri: 22/5/18;The Puri Srimandir administration has decided to install CCTVs at ‘Bhitara Katha’ – the last point of entry for devotees in the temple, following alleged assault on a tourist by two servitors inside the temple premises two days back.

The CCTVs will be installed to ascertain truth behind such incidents and monitor activities inside the temple, Shree Jagannath Temple Administration (SJTA) Niti (ritual) Administrator Pradeep Das said.

Earlier on Sunday, a devotee identified as Chetan Ganpat from Pune of Maharashtra had lodged a complained with police that he was attacked by two servitors for refusing ‘dakshina’ (donation) near the ‘Bhitara Katha’.

The decision comes in the aftermath of the alleged attack. Two accused, Khuntia servitor Madan Mohan Khuntia and Mekap servitor Somanath Mekap have been suspended for an indefinite period and a probe has been ordered into the incident.