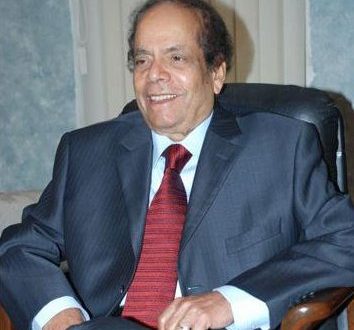 in State News May 22, 2018 Comments Off on Noted industrialist Bansidhar Panda passed away 1,658 Views

Bhubaneswar:22/5/18/ Noted industrialist and founder of Indian Metals & Ferro Alloys Ltd (IMFA) Bansidhar Panda passed away at his residence here today. He was 87.

Many eminent personalities paid tributes to Bansidhar Panda at his residence after which his mortal remains were taken in an ambulance to his native village Madhuban under Barang block of Cuttack district. A pall of gloom descended on the village and many gathered to catch a final glimpse of Panda. Later, his body was consigned to flames at the village cremation ground by his elder son Baijayant Panda in presence of a huge gathering.

Born in 1931, Bansidhar Panda was instrumental in setting up industries that contributed to Odisha’s development in a big way. Panda is survived by his two sons Baijayant Panda, Subhrakant Panda and two daughters Paramita and Nita Ganapati.

A renowned research scientist, Bansidhar Panda had embarked upon a journey with a vision to bring industrial revolution after returning from the United States and chose Therubali, a remote outpost in the erstwhile undivided Koraput district of Odisha to give wings to his dreams and had set up IMFA in 1961.

IMFA has been doing commendable work in the field of education, vocational training, basic healthcare, water and sanitation and infrastructure development. The Sarala Award for literature and Ekalabya Puruskar for sports, which were founded by IMFA under his leadership, are recognised as the highest achievements in the respective fields.

Chief Minister Naveen Patnaik expressed his grief over the demise of the renowned industrialist and conveyed his deep sympathy to the bereaved family.

2018-05-22
Editor in chief
Previous: Puri Srimandir administration has decided to install CCTVs at ‘Bhitara Katha’
Next: Odisha Governor met the vice-chancellors of 17 universities at Raj Bhawan