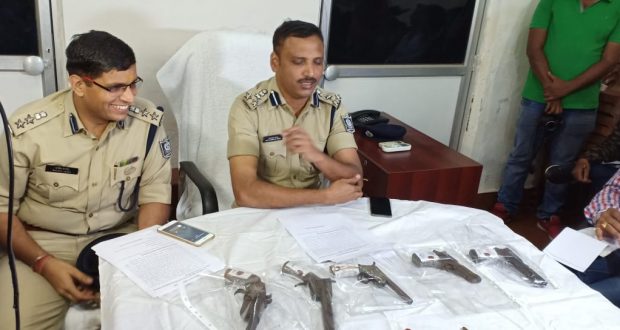 The police seized five Italian pistols and 12 rounds of bullets from Khan, a resident of Daleipada village.

According to sources, a special squad of the district police guarded near a check gate of the forest department under the Sadar police limits at 7.30pm Sunday. During the check, the police team intercepted Khan who was travelling on a bike and found the pistols and bullets from his possession.

Informing about the raid in a press meet, Northern Range DIG, Satyabrata Bhoi said that 9mm pistol, 7.65 mm semi-automated pistol and single shot pistols were seized from the accused.

“Further investigation into the case is underway and efforts are on to nab other associates of the accused,” Bhoi added.