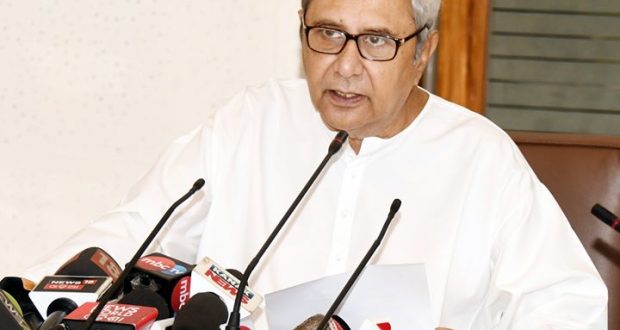 Bhubaneswar:21/5/18; “Take a pledge to work hard for the people with Determination, Devotion and Dedication,” Chief Minister Naveen Patnaik told ministers while chairing the meeting of the Council of Ministers at the State Secretariat on the occasion of completion of BJD government’s four years of the fourth term.

Addressing the media after the meeting, Patnaik highlighted ten major achievements of the ruling BJD during the term.

“Nearly 17 lakh pucca houses have been constructed in the state in the last four years while the remaining 7 lakh houses will be completed by March 5 as a humble tribute to Biju Babu,” the CM said.

“We have enacted historic legislation to enable slum dwellers in urban areas to have land and property rights. Nearly 10 lakh people will be empowered through this initiative – unprecedented in the world in its scope and scale,” the CM added.

Speaking about the achievements of the government in the agriculture sector, Patnaik said, “We are the only state to have doubled farmers’ incomes in the last decade. We promised 10 lakh hectares of additional irrigation potential. We have already achieved 7 lakh hectares and we are racing towards achieving the target by April 1st 2019,” the CM added.

Stating that providing connectivity is a priority for the government, Patnaik said, “Odisha leads the country in the construction of rural roads with a record 22,500 kilometres in the last 4 years. In addition, 600 bridges have been constructed under the Biju Setu Yojana. Biju Expressway connecting North and South Odisha passing through the KBK region is on target. The Utkal Gourav Madhusudan Setu over Mahanadi and key bridges over Ib river and Kathajodi were completed in record time and reduced distance considerably. The Gurupriya bridge in Malkangiri will also be operational soon.”

“As for women, 70 lakh women are in SHGs and 30 lakh women have been covered under the Mamata scheme. Besides, we have hosted 22nd Asian Athletics Championships for a record 90 days. Now, Odisha has become a global sports destination,” he added.

“Odia language has been accorded the status of classical language and the special cabinet held at Puri on December 26, 2017, took several historical decisions to promote Odia language,” the CM added.

2018-05-21
Editor in chief
Previous: National Human Rights Commission taken suo motu about the plight of 46 boys who are living in prisons
Next: Chief Secretary of odisha government sanctioned additional 4,849 houses in 20 ULBs