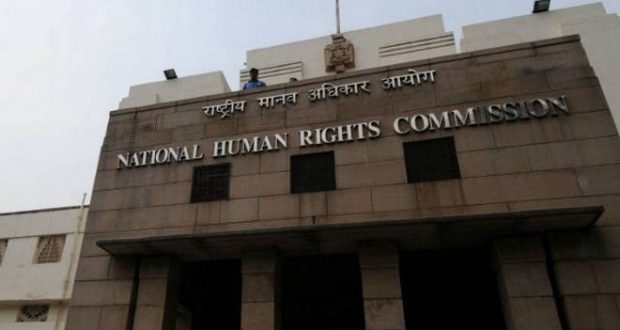 in State News May 21, 2018 Comments Off on National Human Rights Commission taken suo motu about the plight of 46 boys who are living in prisons 647 Views

Bhubaneswar:21/5/18; The National Human Rights Commission, NHRC has taken suo motu cognizance of media report about the plight of 46 boys and girls, aged between one month and six years, who are living in prisons in the State of Odisha with their mothers, including 9 convicted and 36 undertrial prisoners. Reportedly, the children, lodged in the jails with their mothers, are neither convicts nor under trials and they are entitled to food, shelter, medical care, clothing, education and recreational facilities but nothing is being provided to them despite the Supreme Court guidelines.

The Commission has observed that the contents of the media report, if true, amount to human rights violations of the innocent children.  The guidelines set by the Supreme Court are very clear providing proper protection to such children but as reported, it appears, the ground reality is different. The instant news report is focused on the prisons in the State of Odisha. However, there could be similar cases in the jails of other States too, which have not yet been noticed.According to the media report carried on the 20th May, 2018, the Directorate of Prisons and Correctional Services, Government of Odisha, these children include 25 girls and 21 boys belonging to 9 convicted and 36 undertrial women prisoners. Out of the 45 prisoner mothers, 30 belong to the Scheduled Castes and Scheduled Tribes communities

.A particular case of a couple has been referred in the news report, who was taken in judicial custody on 18th May, 2008. Three months after her arrest, the wife delivered a baby girl in the jail. The mother with her newly born baby was kept under solitary conferment and no proper diet and massage oil etc. for the baby were provided by the jail authorities till she went on strike. They lived in four jails and their experience in raising a child in prison was reportedly painful. After spending about 9 years in jails, the couple was finally acquitted by the Court in all cases last year.

2018-05-21
Editor in chief
Previous: Rare Black Panther Captured in Camera in the forested area of Sundargarh
Next: Naveen Patnaik highlighted ten major achievements of the ruling BJD during the term