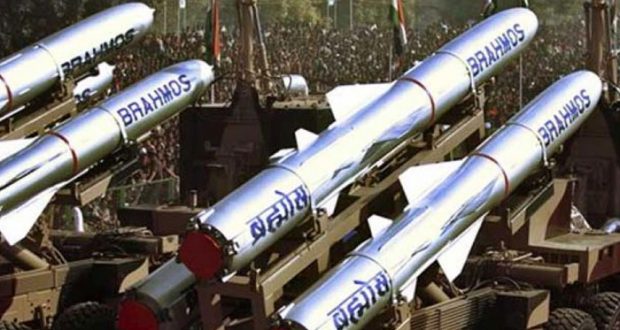 Balasore:21/5/18;India on Monday successfully test fired BrahMos supersonic cruise missile from test range along Odisha coast. The information was confirmed by officials of the Defence Research and Development Organisation. The missile was test-fired from a mobile launcher stationed at Launch pad 3 of the Integrated Test Range (ITR) at Chandipur near here at 10.40 am, Defence Research and Development Organisation (DRDO) officials said.

The successful test will result in huge savings of replacement cost of missiles held in the inventory of the Indian Armed Forces, it said. The two-stage missile – first being solid and the second one, a ramjet liquid propellant – has already been introduced in the Army and Navy, while the Air Force version had witnessed successful trial, the DRDO scientists said.