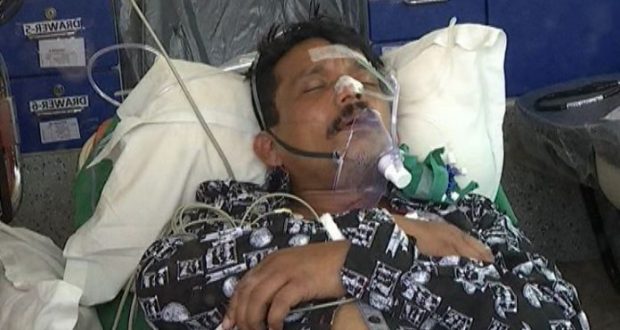 in Odia Cinema May 21, 2018 Comments Off on Health condition of actor Papu Pom Pom continues to be serious 2,153 Views

Bhubaneswar:21/5/18: The health condition of actor Papu Pom Pom continues to be serious though there has reportedly been improvement in certain health parameters, sources at All India Institute of Medical Sciences (AIIMS), New Delhi, said on Monday.

According to sources, functioning of Papu’s liver and pancreas has improved since he was admitted to AIIMS on May 15. “But it is too early to say anything concrete. We are optimistic that he will be out of danger,” a source said.

Papu developed severe pain in his abdomen during a shoot and was admitted in a private hospital here in the second week of May. While his fans, well-wishers and those connected with the Odia entertainment industry are praying for speedy recovery of Odisha’s top comedian, doctors attending on him said his condition is delicately poised.

Papu’s wife Sangeeta, relatives and a few friends are camping at New Delhi to attend to the actor’s medical needs.

2018-05-21
Editor in chief
Previous: Union Petroleum and Natural Gas Minister laid the foundation stone of a LPG bottling plant
Next: Rare Black Panther Captured in Camera in the forested area of Sundargarh