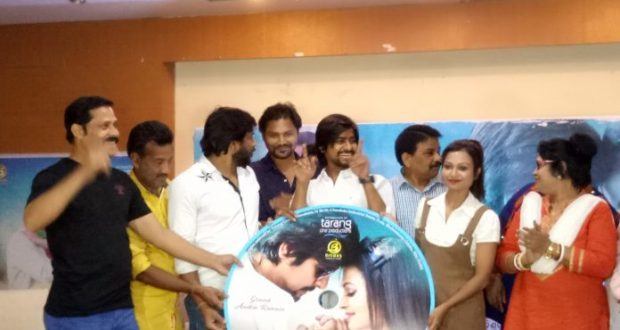 “It is a different kind of movie, starting from story to execution of plots. It took us almost two years to ready the script. Before going on the floors, a lot of efforts were put in to make it an interesting watch,” said director Santosh Biswal.

The film is being produced under the banner of Biswas Production while Prem Anand has scored the music. Title song ‘Promise Promise Love Promise’ and dance number ‘Tik Tik Tik Tik’ are already creating a lot of buzz.

The film will also see Jaya and Rakesh making a debut as choreographers. “This is our dream project. While doing a show for a private channel, I had interacted with many people and got to know relationship-related issues. That was the idea behind ‘Love Promise’,” said Jaya.

Well-known actors Manoj Mishra and Usasi Mishra are also playing important characters in the film. “I liked the story. The best part is the chemistry between Jaya and Rakesh and their mind blowing dance steps,” said Mishra.The film scheduled to be released this month.

2018-05-17
Editor in chief
Previous: Plus II Science Result On May 19
Next: Naveen Patnaik expressed satisfaction over Works Department