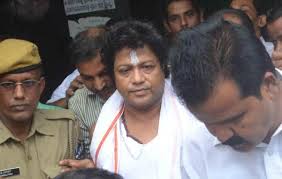 New Delhi: 16/5/18;The Supreme Court today rejected the bail plea of self-styled godman Santosh Raul alias Sarathi Baba in a case pertaining to alleged sexual exploitation of a woman and her daughter at his Barimul ashram in Kendrapara district.

Santosh was arrested on August 8 in 2015 for cheating and other charges, who has been lodged in the Choudwar Circle jail since then.

He was arrested after television channels showed him staying at a Hyderabad hotel with a young medico woman, who allegedly posed as his wife.

Following his arrest a woman and her daughter had complained that Sarathi had exploited them both sexually and physically apart from defrauding them of their gold ornaments and money.