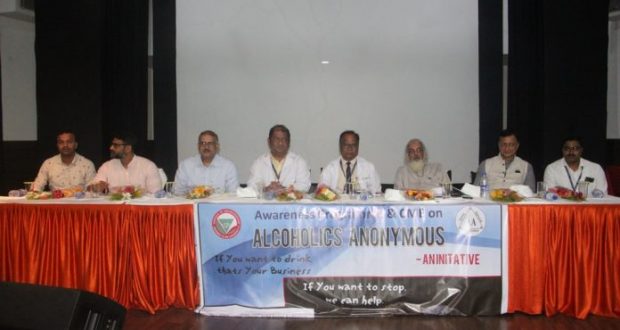 in State News May 16, 2018 Comments Off on Per Capital Alcohol Consumption In Odisha : Five Liters 583 Views

Bhubaneswar:16/5/18;  Per capita alcohol consumption in Odisha, which stood at 700 ml in 2001, has risen to five liters today with the state having the maximum number of illicit brew consumers, an eminent psychiatrist said on Wednesday.

“Alcoholism is now known as alcohol use disorder with scientists being of the view that it is possible for people to inherit the desire for alcohol as it can be in their gene,” Dr. Ashis Deshpande, who practices in Mumbai said while addressing a meeting to mark the start of activities of Alcoholics Anonymous in Odisha.

If your first drink is before the age of 17, the likelihood of social damage increases four times compared to others,” Dr. Deshpande, former President of the Mumbai Psychiatrists’ Association and an active counselor with AA, said.

Internationally known as AA, the organization will be functioning from the premises of Institute of Medical Sciences and SUM Hospital, the faculty of medicine of the SOA (Deemed to be University) here.

2018-05-16
Editor in chief
Previous: “Foods on Wheels”near the main gate of Tata Steel Plant
Next: INTACH Bats For Transfer Of Odisha Documents