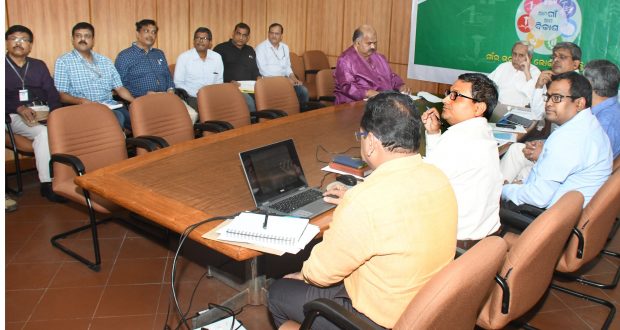 in State News May 15, 2018 Comments Off on Over 60 lakh services delivered under Odisha Right to Public Service Act 634 Views

Briefing media persons after the department’s achievements were reviewed by Chief Minister Naveen Patnaik here today, Mohanty said  5,53,637 mutation cases have been disposed during FY 2017-18 against the total disposal of 4,24,002 cases during FY 2016-17. “For transparency and timely disposal of mutation cases, online mutation has been implemented in all 317 Tehsils of the State”, he said.

The Minister said advanced disaster warning systems have been set up at 162 locations in 22 blocks of six Coastal districts. He added that as per the survey conducted in the year 2015, 1,10,730 homesteadless families were identified. “During last four years, 1,07,893 homesteadless families have been provided with house sites. The balance 2,837 families shall be provided with house sites by August 31, 2018”, he said. Mohanty said the department has taken steps to conduct fresh survey from May 15, 2018 to June 15,  2018 to identify homesteadless families for distribution of house sites. Mohanty said disaster resilient houses have been provided to 16,568 Phailin affected families in Ganjam and Khurda districts. “879 Multi-Purpose Cyclone/Flood Shelters have been constructed at vulnerable places in the State”,

2018-05-15
Editor in chief
Previous: Children with disabilities will be given pension by the Department of Social Security and Empowerment
Next: Press Meet by Handlooms,Textiles & Handicrafts Department