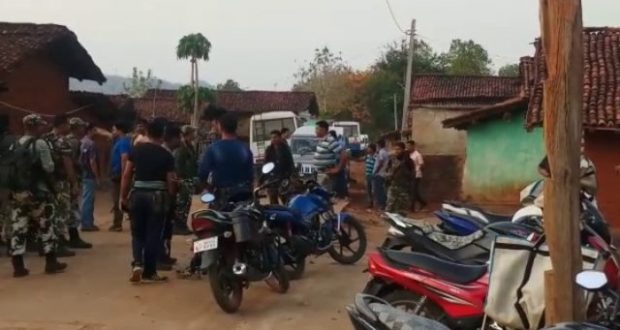 Two Maoists were gunned down by security forces

in District Diary May 13, 2018 Comments Off on Two Maoists were gunned down by security forces 724 Views

Acting on a tip-off, a team of CRPF and District Voluntary Force (DVF) officials carried out an operation in the forest areas near Dudkamal village of the district around 1.30 am, a senior police officer said.

“We had information that around a dozen leftwing extremists (LWE) had assembled at a hideout near Dudkamal village. When the security personnel approached the site, a fierce gun battle broke out between the two sides, resulting in the death of two rebels. The rest managed to flee taking advantage of the darkness, Balangir superintendent of Police K Siba Subramani said.

Describing the elimination of two rebels as a “major success”, the SP said the operation would go a long way in breaking the network of the Maoists in the region.

The slain extremists were identified as CPI (Maoist) members Sanjib and Rakesh. Both hailed from neighbouring Chhattisgarh, he said.

“Sanjib, a divisional committee member, carried a reward of Rs 5 lakh over his head, while the bounty amount for Rakesh, an area committee member of Balangi-Baragarh division, was Rs 4 lakh,” the officer stated, adding that one AK 47 rifle, an INSAS rifle and some ammunition were recovered from the site of encounter.