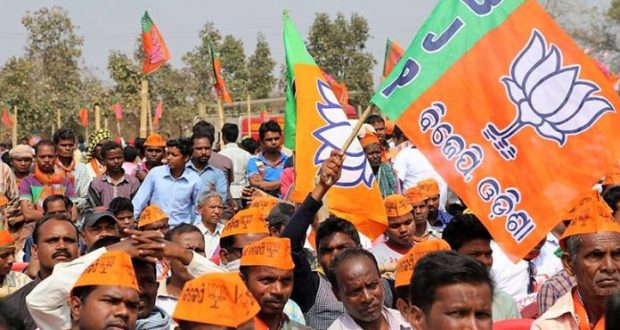 in State News May 13, 2018 Comments Off on Mahanadi Barrage Construction Plan A Political Gimmick:BJP 662 Views

Bhubaneswar13/5/18;: Odisha government’s announcement for construction of seven barrages in the downstream of the Mahandi river is nothing but a political gimmick ahead of the 2019 general election for Lok Sabha and state assembly, charged the state unit of BJP.

For 18 long years, the ruling BJD was in deep slumber. It has now woken up to announce the plan for barrage construction in the Mahandi river. The sudden show of urgency smacks of political motive than the genuine concern for the people of Odisha, said BJP spokesperson, Sajjan Sharma.

The announcement is a false promise and a cruel joke on the people, he said.

It may be recalled here that the Odisha government yesterday announced the construction of at least seven barrages in the downstream of the Mahanadi river, an apple of discord between the state and neighbouring Chhattisgarh.

Besides, 22 other projects would also be constructed on the tributaries and distributaries of the Mahanadi, Water Resources Secretary P K Jena had told a press conference.

“The state government has been working on a roadmap and a master plan to put a check on water of the Mahanadi that is getting drained into the sea by constructing barrages and anicuts downstream,” Jena said.

He said the proposed projects were aimed at meeting the drinking water, irrigation and other requirements of the people.

An estimated 52 per cent of Mahanadi water is flowing down to the Bay of Bengal, official sources said.

The sources said the seven major projects would include barrages and anicuts at Boudh, Sambalpur, Subarnapur and Munduli areas.