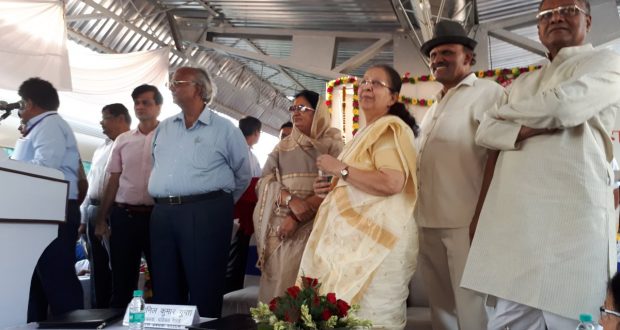 in National May 13, 2018 Comments Off on Indore-Puri Humsafar Express train flagged off by Sumitra Mahajan 1,272 Views

Bhubaneswar:13/5/18; The Humsafar Express comprising entirely of 3AC coaches was today flagged off between Indore and Puri in Odisha by Lok Sabha Speaker Sumitra Mahajan. 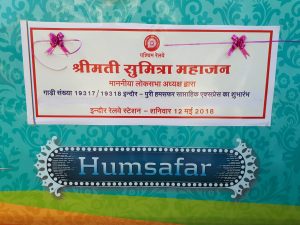 Mahajan, who is the Member of Parliament from Indore, thanked Railway Minister Piyush Goyal and said the train was a good effort to connect Indore with prominent religious places.

The 19317 Indore-Puri Humsafar Express will depart from Indore every Tuesday at 12.40 pm and reach Puri the next day at 7.55 pm, said Railway officials.

In its return journey, the train will leave Puri every Wednesday at 11:55pm and reach Indore at 11:25am on Friday.