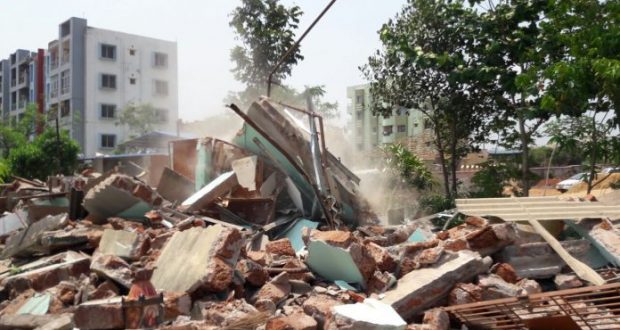 The eviction was carried out over Plot No. 548 & 1452 in Mouza-Patia under Infocity police limits and started at about 10.30 am and continued till late afternoon. The requisition for the eviction work was made by General Manager (P&A), BPTS vide letter No. 87, on February 21, this year.

During the eviction process seven temporary houses with asbestos roof were demolished for the development of depot-cum-bus terminal for BPTS. One excavator from BMC was engaged during eviction drive.