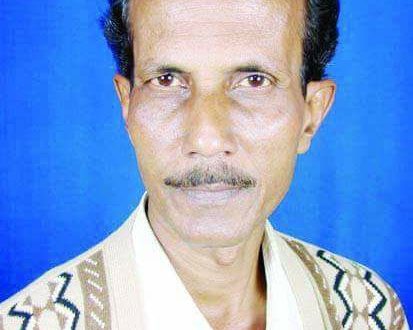 in Odia Cinema May 10, 2018 Comments Off on Senior Odia cinema journalist Radhanath Mohapatra passed away 989 Views

Bhubaneswar:10/5/18; Senior Odia cinema journalist Radhanath Mohapatra, who was on ventilator since long at a private hospital in the capital city here, passed away on Wednesday (May 9, 2018)at the age of 58.

Born on May 16, 1962, Mohapatra had his schooling in the pilgrim city of Puri (Municipal High School, Puri) and also studied higher education in SCS College, Puri.

He worked as a journalist for the last 20 years in Odia news papers ‘Sambad’, ‘Dharitri’ and ‘Samaya’. He also served as a senior script writer with OTV Tarang.

Film Journalism was his forte. He worked as an associate editor in Cine Sambad. He has also written mythological stories, features & lyrics.

He has also served as a jury member in prestigious State Film Award & Tarang Cine Award.

The cine journalists’ community in Odisha have condoled his demise.