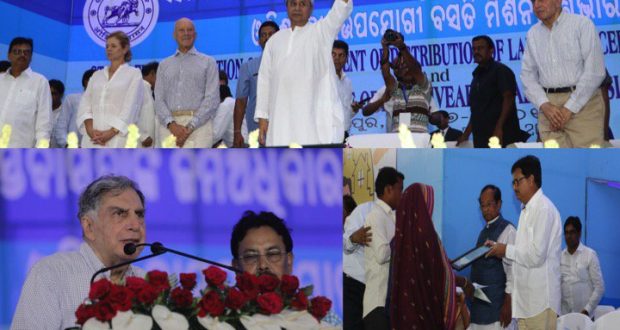 in District Diary May 8, 2018 Comments Off on Odisha Chief Minister launched the ambitious slum-titling project to accord land rights to urban slum dwellers 824 Views

“Today, Odisha has created a history and emerged as a model state for other states in according land rights to urban slum dwellers. Keeping in view the interests of poor slum dwellers, I have taken such a decision. This will empower the poor and help them lead a dignified life,” said Naveen speaking on the occasion.

The scheme will benefit as many as 10 lakh people in the state, he added. 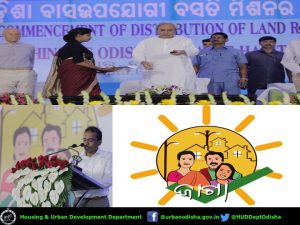 “The state of Odisha is undertaking a special initiative of giving entitlements to over one million slum dwellers, who live in uncertainty,” said Tata Trusts chairman Ratan N Tata in his address attending the ceremony.

I welcome such historic step of Chief Minister Naveen Patnaik and his government for this very far reaching important scheme, he added.

I wish the CM and Government of Odisha all best success in making the memorable scheme a reality, he concluded.

2018-05-08
Editor in chief
Previous: Acharya Harihar Regional Cancer Centre will be upgraded by Tata Trust as apex comprehensive cancer care hospital
Next: Board of Secondary Education announced results of the annual Matriculation Examination:pass percentage has 76.23 per cent