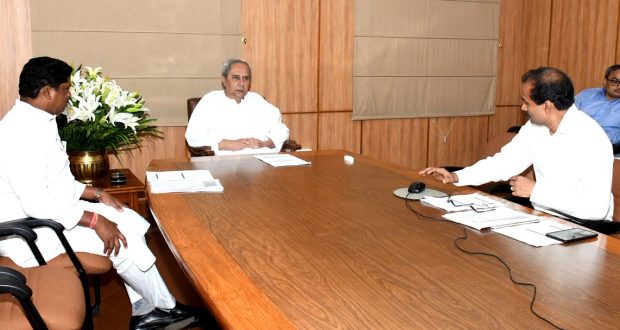 in State News May 8, 2018 Comments Off on Odisha Chief Minister began the review performance of state government departments 722 Views

Patnaik today reviewed the performance of the School and Mass Education, Scheduled Castes (SC) and Scheduled Tribes (ST) Development, Law and Family and Welfare departments. The minister and secretaries of each department were present during today’s review meeting

The success and achievement of all departments will be discussed during the review meeting of the council of ministers and would made known to the people of the state.

The BJD government in Odisha is set to complete fourth year of its fourth term on May 21.

2018-05-08
Editor in chief
Previous: Arup Patnaik has been appointed as the executive chairman of Odisha Youth Welfare Board.
Next: Hon’ble Minister, S & ME Department addressed the press about the focus areas of the Department