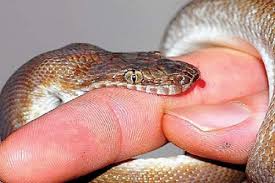 in State News May 5, 2018 Comments Off on Snakebite human toll is incidentally higher than other form of disaster in Odisha 845 Views

Bhubaneswar:5/5/18: The snake bites, which has been declared as a ‘State Specific Disaster’ by Odisha government from April 1, 2015, claim close to 600 human lives every year, according to statistics released by Special relief commissioner’s office.

The snakebite human toll is incidentally higher than other form of disaster-related human death in the State.

As per reports received from the district Collectors across 30 districts, as many as 1716 snakebite deaths have occurred in the State during the last 3 years from 2015 to 2018.

Odisha accounted for 4689 human deaths in different disasters, of which snakebite death amounted to 1761, 37% of total disaster-induced death registered in the state. No other disaster claimed as many human lives like the snakebite toll since past three years.

The coastal districts- Balasore and Ganjam- topped the snakebite-induced toll accounting for 164 and 147 deaths. Keonjhar and Mayurbhanj closely trailed in snakebite toll with 145 cases of death.

2018-05-05
Editor in chief
Previous: LPG penetration in the State has reached to 58.55 % by May this year
Next: Odisha government has asked all district collectors of the state to complete their assessment on damage due to hailstorm