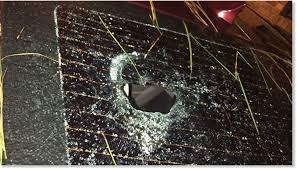 in State News May 5, 2018 Comments Off on Odisha government has asked all district collectors of the state to complete their assessment on damage due to hailstorm 992 Views

Bhubaneswar:5/5/18: The Odisha government has asked all district collectors of the state to complete their assessment on damage due to hailstorm and whirlwind and send reports by May 10.

The damage reports should be sent along with the proposals for sanctioning of funds towards assistance for houses damaged and input subsidy to farmers who have suffered crop loss, the Special Relief Commissioner of Odisha, B P Sethi, said, in a letter to all district collectors.

Farmers suffered crop loss and houses were damaged in at least six districts due to hailstorm and whirlwind in the month of April and till date this month, officials said.

According to media reports, the hailstorms and whirlwinds have caused huge damage to crops and houses across seven districts of Bargarh, Jajpur, Subarnapur, Dhenkanal, Balasore, Mayurbhanj and Malkangiri, Sethi said.

Sethi, who is also the managing director of Odisha State Disaster Management Authority (OSDMA), said requisition for funds towards damage of houses in Bisoi and Thakurmunda blocks of Mayurbhanj district and Barpali block of Bargarh district have been received, and funds have already been allotted.

He said that preliminary reports on death of three people, one each in Balasore, Bargarh and Mayurbhanj districts, and information on four people getting injured in Malkangiri due to hailstorm and whirlwind, have also been received.

“There is immediate need for payment of admissible assistance to the affected people after proper assessment of damages,” Sethi said.

Besides, he said, steps should be taken for sanction and payment of ex-gratia to the next of kin of the deceased.

2018-05-05
Editor in chief
Previous: Snakebite human toll is incidentally higher than other form of disaster in Odisha
Next: Madhubabu opened the Legal Profession to Women Lawyers of India