Top Headlines
Home » State News » LPG penetration in the State has reached to 58.55 % by May this year 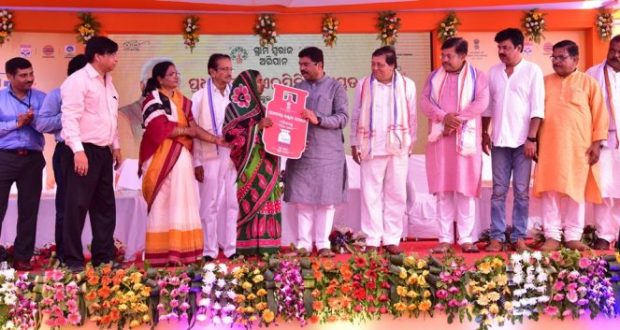 LPG penetration in the State has reached to 58.55 % by May this year

Bhubaneswar:5/5/18; LPG penetration in the State has reached to 58.55 % by May this year while it stood at 20% in June 2014. The union government has set a target of providing gas connections to 80.0 lakh household by the end of December 2018, said Dharmendra Pradhan, union petroleum minister while speaking at Pradhan Mantri LPG Panchayat in Tangi block in Khorda district today.

Last year 177 new LPG distributors were added to the list which comes around 775 of total LPG distributors by May 2018. Additional 225 nos. are being planned to make it total 1000. This brings under focus the level of LPG penetration in the state of Odisha, he pointed out.

LPG Panchayats are being observed to promote learning through peer group interaction – Kuch Seekhein, Kuch Sikhayein, where apart from experience sharing, it also aims at safe and sustained usage of LPG, to maximize customer enrolment. Safety Literature (Safety Instruction and Insurance cards) were distributed during the Panchayat session.

The objectives of observation of LPG Panchayat were to sensitise the Ujjwala beneficiaries about safety and utility of LPG, health benefits of using clean fuels, distribution of new connections to beneficiaries, explaining the details of Expanded PMUY categories getting covered and collection of KYC forms for expanded categories of Ujjwala etc.

Women who have experienced the benefits of cooking with LPG can now boost the confidence of other women about adopting this clean, green cooking fuel safely and without any reservations or misconceptions. Sharing of experiences by actual users on how to use LPG safely, as well as spread the message of its multiple benefits, like health, environment and empowerment of women and learning through peer group interaction were thus the main objectives of LPG Panchayats.

2018-05-05
Editor in chief
Previous: Night firing exercise of Army’s Air Defence Corps in the scenic tribal belt of Odisha along the Bay of Bengal.
Next: Snakebite human toll is incidentally higher than other form of disaster in Odisha