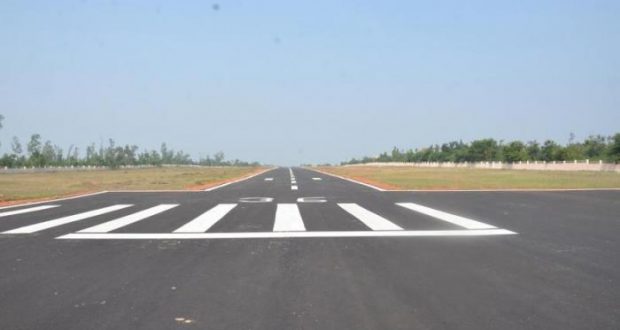 in District Diary May 5, 2018 Comments Off on Directorate General of Civil Aviation (DGCA) has approved license for Jharsuguda airport 690 Views

Jharsuguda:5/5/18: In a significant development, the Directorate General of Civil Aviation (DGCA) has approved license for Jharsuguda airport.

With this move, Jharsuguda airstrip will be the second operational airport in the state after Biju Patnaik International Airport in Bhubaneswar.

Earlier, a 10-member team comprising officials from DGCA and Airports Authority of India (AAI) had visited Jharsuguda in April to review infrastructure at the airport for operations under regional connectivity scheme (RCS).

Notably, the western Odisha airport has been developed with investment of Rs 200 crore. It has capacity to handle 300 passengers per day.

In the first phase, the airport has been developed over an area of 909 acres and will go for capacity expansion with addition of another 200 acres in subsequent phases.