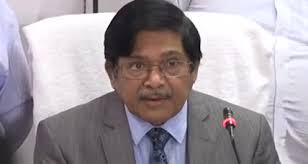 Bhubaneswar:4/5/18: The Odisha government has constituted the fifth state finance commission with former bureaucrat and State Election Commissioner Rabinarayan Senapati as its chairman for devolution of funds to the panchayati raj institutions and urban local bodies (ULBs).

The commission will recommend the ways and means for devolution of resources from the state level to the panchayat institutions and urban local bodies.

The commission will make recommendations on the principles governing the distribution between state and panchayati raj institutions and the municipalities of the net proceeds of taxes, duties, tolls and fees leviable by the state and the grants in aid to the gram panchayats, panchayat samitis, zilla parishads or the municipalities from consolidated fund of the state.

It would also suggest measures to improve the financial position of the gram panchayats, panachayat samitis, zilla parishads and municipalities.

Notably, the fourth finance commission was constituted under chairmanship of former bureaucrat Chinmay Basu on October 13 in 2013.