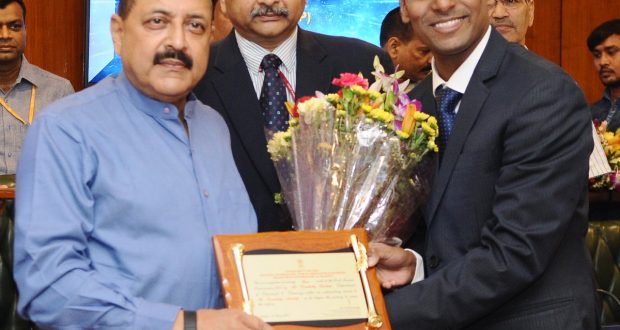 During the event, Dr Jitendra Singh welcomed and congratulated all the successful candidates and described them as “architects of the New India”. He urged them to utilise the opportunities available during their long careers for building a ‘New India’, which is going to be a super power. He noted that out of the 20 top rankers, 14 have engineering background and 2 medical background. Many of them had early education from Government schools in small towns. This indicates that educational opportunities to excel are not just limited to the metro cities, he added.  He said that it has been a learning experience to interact with the young achievers during the felicitation, which is being organised by the Government for the last four years.

Dr Jitendra Singh said, during the last few years, Government has initiated the practice of posting IAS officers early in their careers as Assistant Secretaries to be mentored for a period of 3 months in different Ministries/Departments of Government of India. It introduces the officers to various aspects of the functioning of the Central Government, he said. He wished all the candidates a great success for their future.

Addressing the toppers, Secretary, DoPT, Shri C. Chandramouli said that the young officers have a lot to learn during their long tenure in civil services where they will meet various challenges in due course. He expressed confidence that they would find innovative solutions to these challenges. He wished the toppers best in their future career.

Senior officers of Ministry of Personnel, Public Grievances and Pensions and parents & guardians of the young achievers were also present on the occasion.