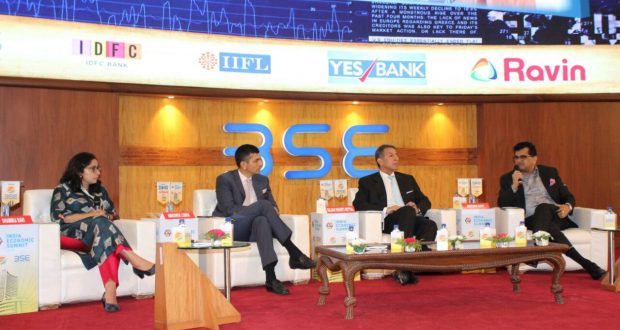 in National April 28, 2018 Comments Off on India Economic Summit concludes in Mumbai 698 Views

Addressing the audience, the Urban Affairs Minister Shri Puri observed that the Indian urban space has been neglected for long after independence. The Minister said that the policies and flagship programmes embarked on by the Government under Prime Minister Shri Narendra Modi have the potential to introduce a paradigmatic shift in how we view urban issues. He said that moreover, these policies collectively constitute the most comprehensive, ambitious and audacious planned urbanization undertaken anywhere in the world.

The Minister recalled the Prime Minister’s 2014 Independence Day address, wherein he expressed the Government’s aim to make India Open-Defecation-Free and to have 100% scientific solid waste management, by the time India celebrates the 150th birth anniversary of Mahatma Gandhi. Speaking of the progress, the Minister said that there is no issue in attainment of physical targets. Shri Puri added that Swachh Bharat Mission is now acquiring the shape of a Jan Andolan, a project of the people. The Minister said that the third Swachh Survekshan has just been completed, which shows remarkable progress. He said that he is confident that all toilets constructed will have water and that they will be maintained well. He said that if ordinary citizens realize that they have the power to attain a state of cleanliness, the job is more than half-done.

Speaking on the Pradhan Mantri Awas Yojana, the Minister recalled Rural Development Minister’s words that 1 crore rural houses would have been built by December 2018, under PMAY. The Minister said that out of the calculated deficit of 11 million houses, 4.5 million houses have already been sanctioned by March 31, 2018. The Minister said that the pace of progress makes him confident of completing the target for housing construction by April 2019, ahead of the target of 2022.

Shri Puri said that the challenge in completion of the scheme is availability of resources and funding. He hence appealed to the industry to come forward and participate in this win-win scenario. Noting that the Government has embraced urbanization very positively, the Minister said that between today and 2030, India needs to build 700 – 900 million square metre space every year, that too on green basis.

MoS, Civil Aviation. Dr. Jayant Sinha said that we need to understand the approaches which will enable us to not only grow to a 10 trillion-dollar economy, but to also do so by ensuring equity in growth. He complimented Assam Chief Minister, Shri Sarbananda Sonowal and Maharashtra Chief Minister, Shri Devendra Fadnavis for the vision he espoused on how Maharashtra can grow from a 400 billion-dollar state economy to a trillion-dollar state economy very soon. Recounting the various panel discussions, the Minister opined that the full spectrum of issues required to achieve the growth that will power India forward has been covered in the Summit. The Minister closed by expressing the Government’s commitment to building the New India, in line with the vision of the Prime Minister.