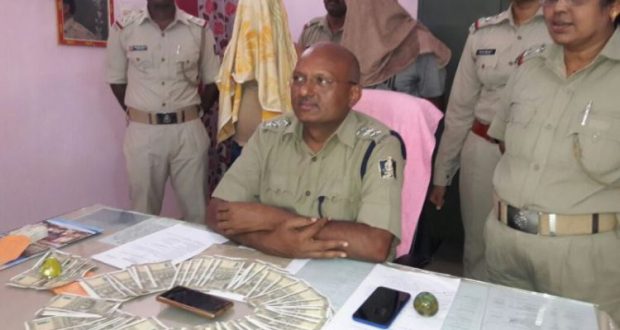 Subarnapur: 27/4/18:Subarnapur police today busted a fake currency racket in Biramaharajpur area of the district and arrested at least three persons in this connection with seizure of 45 counterfeit currency notes of Rs 500 denomination from their possession.

However, one accused managed to give police a slip during the raid.

The arrestees have been identified as Ranjit Naik of Manamunda village of Sambalpur district, Rajesh Kumar Sahu of Gudavelipadar village of Boudh district and Sarbeswar Mishra of Panisiali village of Subarnapur district.

According to reports, the four had bought goats from a resident of Saradhapali village, identified as Dayamani Lakra, at a cost of Rs 40,000 a few days ago. However, Lakra’s wife found the currency notes fake when she went to a grocery shop for a transaction in the village at a later stage.

Lakra lodged a police complaint in this regard following which police raided house of the accused and succeeded to bust the racket indulged in fake currency racket.

Further investigation is underway in the incident and efforts are on to nab the absconding accused, said a police official.