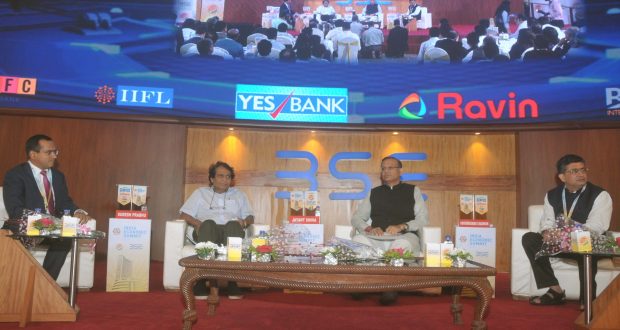 Contribution of Manufacturing Sector will rise to 20% of National GDP: Union Commerce Minister

Mumbai:27/4/18:The Union Minister for Commerce & Industry and Civil Aviation, Shri Suresh Prabhu has said that the contribution of manufacturing sector to the national GDP will rise to as high as 20% in the future. The Minister said that sector-wise work is on, to achieve this. Stating that new industries will drive future growth, the Minister said that the Government is working with industry on identifying what these new sectors are going to be. Speaking of India’s collaboration with Japan, Shri Prabhu said that we need to focus on industries which are not even born today.

He stated that the service sector will continue to be a strong growth driver of the national economy. He asserted that Government is working on increasing the productivity of the agriculture sector as well. The Minister was speaking at the inaugural session of the two-day India Economic Summit 2018, being organized by Bombay Stock Exchange, in Mumbai today.The Union Minister of State for Civil Aviation, Shri Jayant Sinha said that the Government under the leadership of Prime Minister Shri Narendra Modi is committed to creating a New India by 2022. He proposed his view that contrary to the conventional wisdom, the farm-to-factory model will not work for India. He said that given the serious natural resource challenges India faces, we need to focus instead on farm-to-frontier model of development for national growth, meaning that we need to focus on the most cutting-edge and frontier industries such as automobiles and telecom. He said that if we compete and win in such industries, we will be able to leapfrog to productivity frontiers that will take us forward in a significant way. The Minister said that India has already started to do this, citing the examples of two-wheelers and the mobile revolution. Highlighting the importance of leapfrogging and of being at the frontier, Shri Sinha said that we need to be the leaders in the drone ecosystem, so that we can go from auto-rickshaws to air-rickshaws.

2018-04-27
Editor in chief
Previous: NEET PG and NEET SS cut off percentile reduced by 15%; about 18000 students to be benefitted
Next: May Day Celebration by Ministry of Labour and Employment