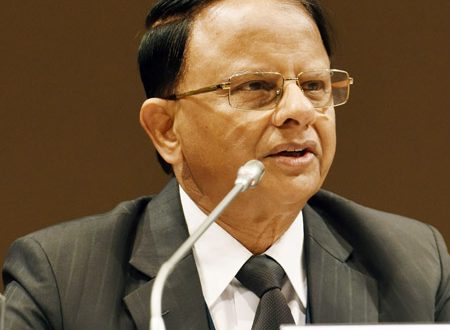 Newdelhi;24/4/18:India Today’s recent cover story Official Top 10 ranks Narendra Modi’s close-knit bureaucracy that comprises of high-achieving IAS officers in order of their efficiency and performance. Odisha-born Pramod Kumar Mishra, Additional Principal Secretary to the PM and one of his most trusted officials has been placed at no. 3 with Principal Secretary Nripendra Misra bagging the top spot, followed by National Security Advisor Ajit Doval.

Touted as “The Selector” and regarded as the PM’s alter ego, 70-year-old Mishra scrutinizes the appointment and relocation of crucial officers in the central government (such as defence and judiciary) and PSUs in a myriad of sectors such as banking, security and even in Ministry of External Affairs. He has been intrumental in clamping down on corruption in the higher rungs of bureaucracy, placing competant individuals in key central positions. The Padma Awards selection process, vetted by him now recognises a variety of achievers from a wide range of fields.

This 1972 batch Gujarat cadre IAS officer has varied work experience as Principal Secretary to NaMo (2001-2004), when the latter was Gujarat CM, Secretary in the Ministry of Agriculture (2006-2008), Chairman of the Gujarat Electricity Regulatory Commission (2008) and Telecom Regulatory Authority of India (2009) and . Moreover, he also served as Chief Executive Officer of the Gujarat State Disaster Management Authority in 2001 and also lead a Task Force of the Union Home Ministry to review the Disaster Management Act, 2005 in 2012. Mishra has authored books, The Kutch Earthquake 2001: Recollections, Lessons and Insights and Agricultural Risk Insurance and Income.

2018-04-24
Editor in chief
Previous: Odisha Assembly was adjourned twice over various demands and allegations by the members of the opposition
Next: CM Naveen Patnaik releases art catalogue ‘The Tallman’