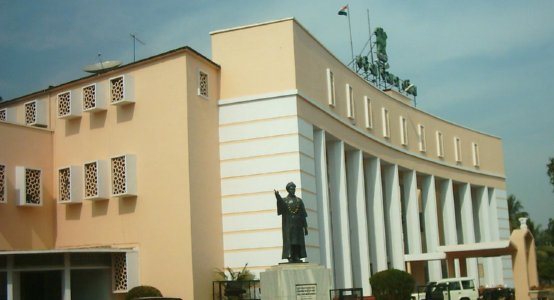 in State News April 24, 2018 Comments Off on Odisha Assembly was adjourned twice over various demands and allegations by the members of the opposition 1,211 Views

Bhubaneswar: 24/4/18:The Odisha Assembly was today adjourned twice over various demands and allegations by the members of the opposition Congress and the BJP.

Just 25 minutes into the Question Hour, the Congress members stood on their feet to raise doubts over the state government’s “sincerity in implementing Panchayats (Extension to Scheduled Areas) Act, 1996 (PESA) in tribal-dominated districts”.

“The PESA Act was enacted by the Centre to ensure self governance through Gram Sabhas for people living in the Scheduled Areas, but the state government does not go by its provisions,” Congress MLA Prafulla Majhi alleged.

The Gram Sabhas are not given adequate importance in Sundergarh and a few other districts, he said.

Panchayati Raj Minister Pradeep Maharathy, however, refuted the allegations and said the PESA Act was being implemented fairly in all the tribal-dominated districts.

As a mark of protest, the members of Congress and BJP rushed to well of the House to raise slogans against the state government, calling it “anti-tribal”.

When the House reassembled at noon, Leader of Opposition Narasingha Mishra referred to yesterday’s killing on Sambalpur court premises to blame the BJD government for inadequate security measures.

A man killed his wife with a sword in a family court building in Sambalpur and injured her mother and niece.

“The Sambalpur incident is an instance that shows criminals are free to carry arms into court. The witnesses do not have any security. There is no provision for drinking water or a seating arrangement for the witnesses on the court premises,” the Congress leader, who is also a lawyer by profession, said.

He demanded a statement from Chief Minister Naveen Patnaik on the matter.

Mishra’s colleagues in the assembly joined him in his protest, seeking a statement from the government on the security provisions in courts.

As the din continued, Speaker Amat adjourned the House again till 3pm.