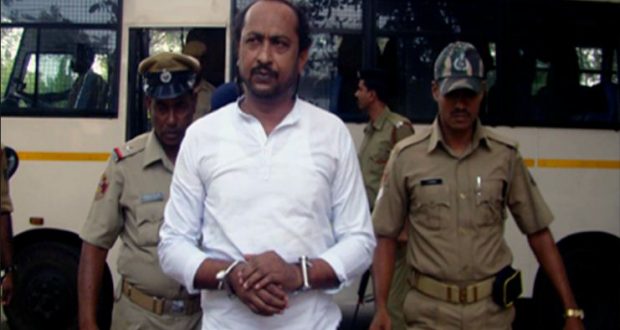 Cuttack:20/4/18; The Orissa High Court today granted conditional bail to gangster Raja Acharya in connection with a 2010 case, pertaining to the abduction of an employee of Jyoti Motors and extortion of money from him.

Acharya had moved the High Court following rejection of his bail plea by the Bhubaneswar Additional District Judge Court in March last year.

The gangster was convicted in murder of judo coach Biranchi Das and was arrested from Goa on May 28, 2008.

He has been serving life imprisonment in Jharpara jail, Bhubaneswar since then.

Biranchi was murdered by Acharya over his alleged one-sided love affair with Odia actress Leslie Tripathy.

The gangster is likely to walk out of the jail as he has already been granted bail in other cases against him.

2018-04-20
Editor in chief
Previous: Agitating teachers in Odisha put their strike on hold till July 15
Next: New ‘Nataala’ building incurred of Rs 124 crore in an area of three acre going to inaugurated very soon